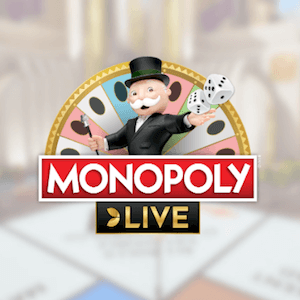 Evolution Gaming’s innovative MONOPOLY Live, a special edition of its popular wheel-of-fortune game Dream Catcher, has been honoured at the 2019 EGR (eGaming Review) Operator Awards. The special live dealer release, based on the beloved Monopoly board game, scooped the coveted Game of the Year title at the ceremony held at London’s Grosvenor House Hotel on 24 October.

The Game of the Year award is given to the operator or developer that has created what is deemed to be the most impactful stand-along game over the preceding year. Ultimately, votes are cast by contenders in the Operators Awards categories, to determine Game of the Year.

MONOPOLY Live was developed as a sublicence from Scientific Games Corporation, which holds the rights to Monopoly via a licence agreement with boardgame company Hasbro Inc. As a result, the live dealer game is only available from the supplier.

This is the second year in a row that Evolution Gaming has taken home the EGR Game of the Year award, a distinct honour which has humbled the company. Last year they won for Lightning Roulette, and as Chief Product Officer Todd Haushalter explained “winning back-to-back” was something the company had “never dreamed of”.

The Swedish developer’s focus is always to power games that they think players will love and that they enjoy themselves, Haushalter continued, but the accolade from their industry peers is “very special”. He concluded that the honour would motivate his team “for 2020 and beyond”.

If Evolution Gaming continues their current pace in 2020, the year will be as eventful for the company as 2019 has been. Having recently secured a licence from the Pennsylvania Gaming Control Board and being named Casino Content Supplier of the Year at the EGR Italy Awards on 3 October, they’ve had a busy and successful time. They also signed a “landmark deal” with Flutter Entertainment’s Betfair and Paddy Power brands. Now both operators will carry Evolution Gaming’s entire portfolio, including Lightning Roulette, MONOPOLY Live, Deal or No Deal and Football Studio, widening their already-substantial global reach.