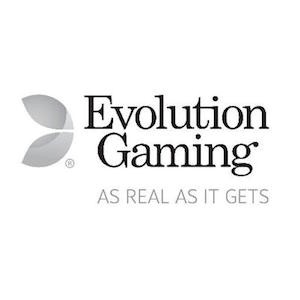 Live casino game specialists Evolution Gaming have confirmed that they will soon officially be entering the South African casino market. The announcement comes shortly after the company managed to secure an operating license from the Western Cape Gambling and Racing Board (WCGRB.)

With the license in hand, the company have committed to bringing live casino games to the region via their subsidiary studio; Ezugi. This includes all the developer’s most acclaimed creations, such as Live Dealer Roulette, Blackjack, Baccarat, and much more.

Although Ezugi has been operational in the country’s casino industry for some time already, it will be a first that Evolution Gaming’s live casino games enter the market,

CEO at Evolution Gaming, Martin Carlesund, commented on the development. He first declared that he was delighted to have finally secured a license via the WCGRB, which ultimately meant a new era for the company in South Africa.

He went on to point out that Ezugi had already achieved major success in the region, which had prompted his company to seek out a deeper regional footprint and start rolling out an advanced live casino game network.

Carlesund continued by declaring that it was a truly exciting time for his company, both in South Africa and the world. He concluded by pointing out that he was sure the new range of titles would be met with much enthusiasm from local players, and that all new titles would be available not only on desktop and mobile devices, but also in local South African retail outlets and betting shops.

CEO and founder of Ezugi, Kfir Kugler, offered his own thoughts on the situation. He was quick to confirm that there was room for long term investment in the country, especially where live dealer games were concerned. Kugler specifically pointed out that it was only the highest quality live casino games that were to be unveiled in the market, ensuring that fans would be coming back for more.

But the WCGRB license securing is just one achievement in what is already turning out to be a busy year for Evolution Gaming. Just days before committing to enter into the South African market, the company confirmed that they had managed a similar achievement in Switzerland, securing a deal with Groupe Partouche.

Additionally, the company also had an impressive showing at the ICE London event, all of which seems to indicate that the developers are full steam ahead for 2020.