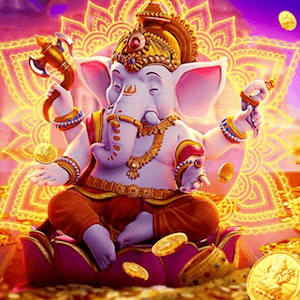 Zed, who is also the President of the Universal Society of Hinduism, asked that the Chief Executive Officer of PG Soft publicly apologise and immediately recall the slot. Ganesha Gold depicts images of Lord Ganesh, the Lord of Letters and Learning, and Zed has called the association being made with him and gambling a very insensitive one. The deity is also worshipped as a god of wisdom who is able to remove obstacles, with followers invoking him before they undertake anything major.

The statesman pointed out that the elephant-headed god is very revered, and is meant to be worshipped by devout followers, not used to induce the public to gamble. He said that Hinduism is the oldest and 3rd largest religion in the world, with more than a billion adherents and a long history of philosophical thought, and that this should not be taken flippantly. He noted that symbols for any faith, whether large or small, should remain off-bounds, and stand apart from issues of mercantile greed.

Zed Wants the MGA to Act

Zed is further asking for the intervention of the MGA. He has called on Silvio Schembri, the Parliamentary Secretary of Financial Services, the Malta Gaming Authority Chairman of the Board Marlene Seychell, and Heathcliff Farrugia, the MGA CEO, to act. He said that this was a logical step since the Authority states that its activities include monitoring of licensed gaming and that its aims are to ensure the integrity of gaming devices and games.

Zed additionally suggested that PG SOFT’s partners should perhaps send executives for training in cultural and religious sensitivity. The list of these includes Leander, Nektan, Relax Gaming, SoftGamings, and SBOBET, and a little homework done before products like Ganesha Gold are designed and released would ensure nothing like this recurs.

Ganesha Gold slot has 243 Ways to Win, 5 reels, 3 rows, and a Free Spin Feature. PG SOFT, who describes itself as a world-class mobile gaming company, has offices in Asia, Europe, and North America. The organisation describes its vision as revolutionising gamification on mobile apps and claims to deliver unequalled entertainment for players on the go, but this time they may just have gotten it very, very wrong.