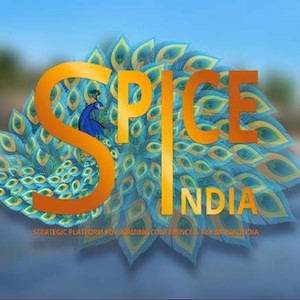 It’s once again time for SPiCE, or the Strategic Partnership for iGaming Conference & Exhibition. This year’s event promises to be no different and is the third of its kind to be presented in Goa by event organisers Eventus International. Needless to say, the previous two instalments of the event were knockout successes. SPiCE 2020 will again be hosted by the Goa Marriott Resort & Spa, India.

SPiCE 2019, which took place earlier this year in March, exceeded all expectations. Events like SPiCE are well able to unite the key role-players in any given industry and it’s the unification and coming together of a common purpose that ultimately ensures the efficacy and sustainability of an industry. SPiCE has its focus on exactly that and it’s the results speaking for itself that motivates movement to keep on moving tirelessly forward.

All Eyes On India

The fact that all eyes in the iGaming industry are currently on India will no doubt pay the event more than just a couple of favours. India is an emerging market and the country is home to one of the largest populations of people on earth. India’s citizens are passionate about sports and passionate about gaming and a whole new generation is currently standing up from within its ranks and demanding quality in gaming and entertainment.

The 2020 instalment of SPiCE will follow a similar model and schedule to that of 2018 and 2019. The big picture will consist of a number of smaller events including the famous SPiCE Breaker, the beloved and very popular SPiCE It Up Poker Tournament, the much-anticipated SPiCE Awards and of course, the SPiCE After Party.

Networking With The Industry’s Best

SPiCE, despite only now being headed towards its third instalment, is a must-attend for anyone currently working in the Asian gaming community, says Probability Gaming CEO Manish Tripathi. Its vital to being key role-players together so that meaningful conversations may be had about the important issues and challenges, as well as the way forward. SPiCE is the only event of its kind in India and as such has become the core around which all other events now revolve.

This year’s instalment of the event promises to be even more impressive that the initial two, and will again bring together the cream of Asia and India’s iGaming crop together under a single roof.