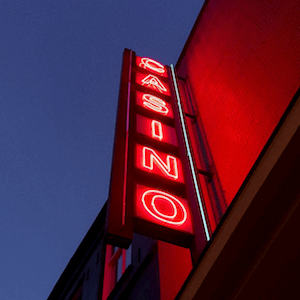 A 5-star hotel and spa in Panjim will become the ninth upmarket hotel in Goa to offer a land-based casino. The government of the Indian state reportedly approved the request even as it continues to look for suitable locations for six floating gaming venues.

The newly approved venue will be located at the Fern Kadamba Hotel and Spa. According to reports, the 300-square-metre space will feature a single money wheel, four electronic Roulette tables, five slot machines, and 17 electronic card tables. There will not be a live dealer in sight, as the six floating casinos are the only ones permitted to offer live gaming. The venue at the Kadamba will comfortably seat 100 players.

The floating casinos to which live gaming is restricted in one of the few Indian states in which gambling is legal for tourists continue to be a cause of consternation, at least for the government. The gaming venues are temporarily moored at different places on the Mandovi River.

The state has been mulling over establishing a permanent gambling zone on land, and if that happens, the floating venues will need to move. There has been little to no movement on the matter of a land-based area, and some officials have begun lobbying for the boats to be moved to other rivers.

However, Goan Ports Minister Michael Lobo’s was the voice of dissent. Lobo has not only pushed for the floating gaming destination to remain on the Mandovi River, he also thinks that the state should approve more of them for other rivers.

According to Lobo, who is a member of the governing Bharatiya Janata Party, the state’s young gambling industry has provided locals with jobs that offer decent wages, and it has boosted the state’s coffers with taxes. Previously, the ports minister said that a popular but illegal lottery game known as matka should be legalised. He also has condemned a new law that bans locals from entering casinos in the state.

In response to Lobo’s lobbying, the Congress Party threatened to stage anti-Baratiya Janata Party rallies, and to continue to call for the floating venues that offer Roulette and other games run by real dealers to be removed.

The ban on Goans entering casinos in the state came into effect on 1 February. However, the ban is unlikely to affect the fortunes of those venues. Surveys indicated that a mere 1.1% of locals gambled at a casino every month.