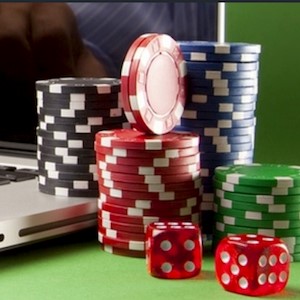 There has been a massive frenzy of activity in the iGaming industry worldwide. But most gambling organisations have been focusing on the perceived most lucrative markets; European countries. However as the focus on these markets has increased, regulations have also intensified. Reports say that corporations have paid out a record number in fines under European laws, with Swedish, Spanish, and United Kingdom authorities being seen as the harshest.

The result has been roughly £19.7 million paid out in fines, with just nine key operators being repeatedly targeted. This situation, combined with a steep increase in taxes, has created an environment where corporate eyes are now drifting further afield. Other lucrative markets are yet to be properly tapped, with India becoming the most inviting prospect.

India In The Spotlight

As it stands, the Indian gambling industry can be considered practically untouched. Few major organisations have chosen to target the region. This despite the benefits, which are numerous. The benefits include low competition, extremely lax regulations in comparison to European countries, and zero local taxation laws. If anything, it is surprising that it has taken gambling organisations this long to turn their eye on the country.

These are not the only factors that make the Indian market inviting, specifically for iGaming focused companies. The total population of the region is 1.3 billion, providing an enormous well to draw from. Plus, the overall age bracket is likewise alluring. 65% of the population is below the age of 35, and 50% under the age of 25. Traditional market research says that the younger the population, the more interested they are in technology, which by extension includes online gambling entertainment.

Add to this the well-known love for sport in the region and you have a goldmine.

The factor that has really turned the tides, however, is the adoption of easily accessible online technology. Smartphone adoption in India has spiked dramatically, as well as convenient methods for digital payment. The region is said to be undergoing an online revolution.

There has already been an increase in the key gambling activities in the country. This includes bets placed on cricket matches, and live casino games, with the ever popular Andar Bahar being a primary focus.

Major iGaming companies are yet to fully gear up and start taking advantage. But it is clearly just a matter of time. As the European markets are set to introduce even harsher regulations, the time for tapping into other regulated markets is quickly drawing near.