Online Casinos Get a Boost in India 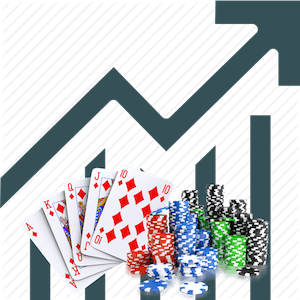 Everyday life as we know it has changed due to the coronavirus outbreak and economies all over the world are feeling the pressure of lockdowns and the like. India is no exception in this regard. But a good thing to have come from recent global movement and trade restrictions is the fact that more and more people are moving online in order to continue with at least a semblance of “normal” daily life and activities. According to a report published by Glaws, a large number of online casinos have witnessed massive increases in online traffic as Indian nationals opt for digital entertainment as opposed to retail gambling and betting.

According PokerBaazi Marketing Director Varun Ganjoo, a stellar 25% increase in online traffic, buffered by a 20% increase in transactions over the course of a single week, suggests that a digital revolution is in fact underway.

The average time spent per day has also spiked considerably, with players now spending an average of 4 hours at an online casino on any given day, as opposed to the 2 and a half hours previously spent playing.

Games2Win isn’t being left in the lurch either. The company has reported an impressive 300,000 player increase per day on average. This was confirmed as such by the company’s Head of Revenue and Distribution, Tejas Shah.

It’s been the same story for Winzo Games. Co-founder Saumya Singh Rathore reported that during the period March 14 to March 15, more than three times the usual volume of players had signed up and signed in to play online casino games offered on the company’s platform. In actual figures, the games played increased from 4 million sessions to 10 million sessions each day. And most incredible of all is the fact that no additional marketing had taken place prior to the sudden spike.

Companies like Winzo Games are now looking to capitalise on the surge in a big way, realising full well that the sudden spike is thanks to Indian nationals having been ordered to stay at home and in self-isolation as far as possible. In addition to the real money online casino games, the company has now made available free-to-play games for those unable to pay but looking for a means to escape the boredom of life stuck at home.