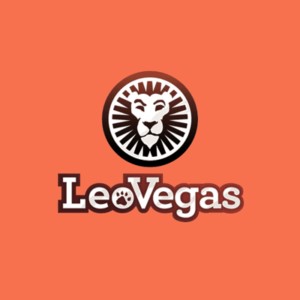 There is no question that Live Casino games are quickly becoming a big draw card for the iGaming industry, with many companies turning their attention to the growing market. One such company is mega-corporation and gambling operator LeoVegas, which recently declared it will not only be focusing more on Live Casino games, but intends on dominating the market entirely. The launching of their new site, LiveCasino dot com, is testimony to their commitment in this regard.

Gustaf Hagman, LeoVegas chief executive, did not mince words in his recent press release. He stated that the company aims to be an iGaming global leader, and that with this goal in mind, it only made sense that a Live Casino focused site was needed. He elaborated that the new site was designed to be a natural gathering place for gambling enthusiasts, specifically those that love Roulette and Blackjack.

The innovative new site was created by Brands of Leo, an in-house development team, and was launched on the company’s own dedicated technical platform. Now active, the site is to be managed by the same technicians responsible for the GoGoCasino brand.

Hagman elaborated that the focus of the site was not just to offer Live Casino games, but to evolve the experience to a whole new level. According to him, this evolution was achieved, with every aspect of the experience one step above what is available elsewhere. He pointed to the sign up and registration process specifically, declaring that that the system is a unique innovation, and far beyond what similar sites are presently offering.

Hagman added that the new Live Casino site was aimed at an English-speaking audience. Although as of now, the software is not yet licensed in the United Kingdom, or other predominantly English speaking countries. It is, however, licensed by the Malta Gaming Authority.

Regardless, Hagman reiterated that the English speaking audience was the main focus, and that the site would be released in these markets in the future. Although, he concluded by mentioning that there was also ambition to focus on other, locally licensed markets, in order to cover as much of the iGaming industry as possible.

LeoVegas’ new site is now open for business and given the reputation of the brand offering exceptional service, as well as world class software, the Live Casino market may well soon be looking at a new leader. But if the site is successful or not remains to be seen.