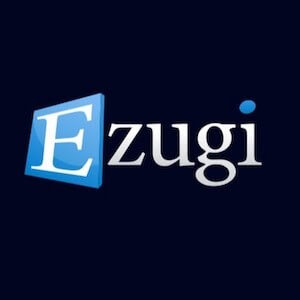 Live casino game-focused studio Ezugi have finally managed to take big strides towards expansion in the European casino industry. The company announced that they have received a Malta Gaming Authority (MGA) license, which is no small achievement. This compliments the Italian and Spanish licenses already received, offering a solid base for the new studio to establish further business. Though, it is yet to be seen if the still young operation will be able to make the most of these landmark successes.

Ezugi is the brainchild of Romanian online casino veterans. But although not being short on industry talent, the young company has had trouble establishing a solid foothold in the industry. With competition being fierce, and the iGaming market already becoming saturated, many questioned if the new operation would survive.

Managing to secure an MGA license seems to suggest that Ezugi are on the right track.

According to the details of the MGA license, Ezugi is now able to provide their live casino game offerings in the region. This includes Baccarat, Blackjack, and Roulette. Plus, two additional titles that the studio have perhaps become most known for, their live versions of niche games; Teen Patti and Andar Bahar.

So as it stands, Ezugi now have license to operate in a number of key casino regions around the world, including Hungary, Belgium, Bulgaria, Romania, South Africa, and New Jersey. All that remains is for the company to take full advantage of these opportunities. In this regard, promises have been made that new operations would be established in the first quarter of 2020.

An Exciting Year Ahead

The live casino game studio development director, Pang Goh, confirmed that the MGA license was a major success. But he went on to promise that this was just the start of what promised to be a big year, with many big plans already in the works.

With a foothold finally established in Europe, Goh stated, rapid expansion was now the primary focus of the team. He concluded by pointing out that each new territory was a world of potential expansion, and that every effort would be made to take full advantage.

Curious eyes will be watching Ezugi as they navigate their way forward in the highly competitive casino market. But either way, it seems that 2020 will be the year that this plucky studio manages to go big, or fades away and succumbs to the larger, already established developers.