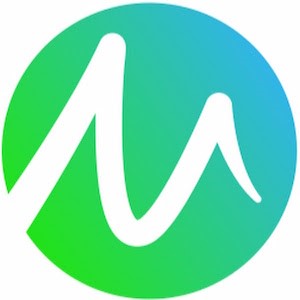 Widely held to be not just pioneers of the online gambling industry but the best in the business as well, Microgaming has once again raised the bar. The developer has let it be known that they’ll be releasing not 1, but 2 new slots in June, namely Ruby Casino Queen and The Smashing Biscuit.

Just For The Win developed Ruby Casino Queen, is a slot with 5 reels and 20 paylines. Gem icons are offered alongside Respins, Extra Spins and 3 Wilds. Winning combinations are made when at least 3 matching symbols land on the reels from left to right, and 9 Free Spins are awarded when the Extra Spin icons land on the 2nd, 3rd, and 4th reels. If only 2 of the Extra Spin symbols land, 1 of the reels will Respin, and 3 free rounds of play will be awarded if a Wild icon lands on all 5 reels. Sticky Wilds can also occur, adding a multiplier of 2X on each win, and there’s also a Multiplier Sticky Wild, which could see returns inflated by 6X!

Jogada Barber, Head of Games at Microgaming, said that Ruby Casino Queen boasted an all-round outstanding gameplay experience by combining state-of-the-art features with sophisticated graphics and sound effects. He said that the slot will offer players the chance to immerse themselves in the very essence of casino elegance as they enjoyed all the action that the chance of a big win offers.

The Smashing Biscuit was developed by PearFiction Studios and is now available as part of Microgaming’s exclusive catalogue of slots games. Your screen will feature 3 brothers, Crunch Biscuit, Soggy Biscuit, and Tiny Biscuit, and you’ll watch as they try to find fame and fortune on this 5X3 reel, 20-payline title.

The Smashing Biscuit slot offers players the chance to enjoy 2 unique additional features, a Multiplier Ladder and the Dad Bonus. The brothers are busy rehearsing their songs for a competition, and, as they keep practising, the Multiplier Meter will increase or fall as they ready themselves for the competition. Their dad is able to offer a random bonus at any point of the game, which will trigger the Multiplier Dial, providing instant wins or activating the Free Spins mode entitled Battle of the Bands.

Of this game, Barber stated that his organisation was thrilled to offer The Smashing Biscuit as part of their exclusive offerings. He said that it brought exhilarating excitement from the word Go, and stood out for the excellence of its intuitive features, entertaining storyline, and engaging sound effects.