MLA Wants Goans To Get 80% Of Casino Jobs 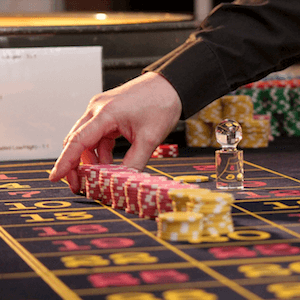 Churchill Alemao, Member of the Legislative Assembly (MLA) from Benaulim, Goa, representing the National Congress Party, said that 80 percent of casino jobs in the state of Goa’s flourishing gambling industry should be reserved for the youth of Goa itself.

The issue was raised in the house on 26 July, and discussed by members of the Goa Legislative Assembly. Alemao pushed his point, urging the government to come up with policies that would to ensure that those local young people already trained and qualified in hospitality and hotel management, get more of the opportunities to work in the state’s own casinos.

Alemao pointed out that, in spite of perfectly qualified youths being available, and even unemployed, it seemed they were being overlooked, in favour of workers from the North-Eastern states. The majority of workers employed by the Goan casinos were from Northern states, not from Goa.

He acknowledged that the casino industry had its place in India and that it was of a great help to the State’s Exchequer, due to the revenue it earned for the state. He also understood the pull it represented to the youth of the entire country. Goa’s GDP is great considering it is the smallest state in India, and the casino world that is thriving in the popular state is a big part of that, as well as being a big part of its pull for the tourists that flock to the area.

But at the same time, Alemao went on, there should be a percentage held back, 80 percent, available only to the youth who call Goa their home. There should be a path for them to follow, to ensure they are swiftly employed in their own employment market. The Goan youth are willing and ready to work, but the operators are not utilizing them. Why? He asked the floor.

Alemao also elaborated on what a dearth of talent and expertise there was in Goa. The youth are well-trained in all the services that are provided by the casinos, from management, bar staff and waiters to cleaning and maintenance staff and groundsmen. If a certain number of jobs were earmarked for locals, think what a difference it would make to the standard of life in Goa? It would certainly help to solve the major issues they were currently experiencing of unemployment, in the coastal state.

BJP MLA Babush Monserrate was in total support of Alemao’s proposal, and described how over 75 percent of the employees in the casino industry were indeed outsiders, and that the problem of unemployment was definitely on the rise, in the tiny state.