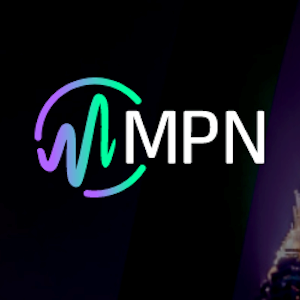 A short while ago Microgaming surprised the online gaming industry when it seemingly out of the blue announced that it will be permanently shutting down the Microgaming Poker Network (MPN) come 2020. But according to the casino games giant, even though the announcement may have caught many by surprise, the decision to shut down MPN; now 16 years in existence; was by no means a quick or impulsive move and is the result of an in-depth analysis of the future viability of the online Poker brand.

The network consists of various evolved member-rooms, with members including well-known operators 32Red, Betsafe and Betsson.  Microgaming has not yet confirmed a specific date for trade shutdown but the developer has said that the expectation is that the network will cease to exist around the second or third quarter of next year. The gaming entertainment giant has however ensured players that all credits will be duly refunded.

Poker Not Dead To Microgaming

MPN CEO John Coleman has said that even though the network is no longer a fit for their bigger-picture vision for online Poker, the community is by no means “dead” to them, and that its decision has nothing to do with online Poker itself, but everything to do with the product and brand-specific internal strategy itself.

Coleman furthermore assured players that Microgaming would be looking to develop a new strategy and vision for online Poker in due course along the road. All of the network’s human and other resources will according to Coleman now enter into a process of re-distribution across the company so as to ensure the least possible inter-company disruption.

MPN Managing Director Alex Scott has in the meantime taken to the brand’s blog to offer further assurances and has said that the MPN team is committed towards seeing the shutdown process through with absolute dignity.

Scott said that it was to this end that Microgaming did not want to merely terminate the online Poker network by means of a sudden shutdown and has elected to instead announce closure well ahead time. The intention is that this will afford players the opportunity to finish up on existing games as well as request final credit withdrawals with plenty of time to spare. Scott furthermore confirmed that all of the existing 3rd party operator rooms currently linking with MPN have stated their intention to find alternative software providers. This means that even though there may be minor changes to the existing player pools, current players will in all likelihood be able to continue playing on existing skins if they so choose.