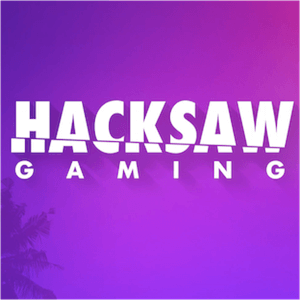 Online casino games provider Hacksaw Gaming have officially partnered with ComeOn! The partnership will see all titles from the development studio distributed to ComeOn! partner-operators, giving them a broader reach than ever before. This is certainly good news for the company, kicking off what looks to be another outstanding year.

The announcement was made on the official site of the organisation, with necessary details shared via a press release. The text explained that an agreement had been reached with ComeOn!, which is a digital platform provider owned by Sweden based online casino company Cherry AB.

Ultimately, the deal means that corporate both parties will be benefiting enormously. Though visitors to operators that make use of the ComeOn! platform will also be seeing the benefits, enjoying a wider range of titles than ever before.

The Hacksaw Gaming portfolio, which will be live on the platform in coming weeks, includes the 3 outstanding online slots that have gained the studio their strong reputation. The most recognisable titles are Miami Multiplier and Stick ‘Em, both of which have been well received by players.

The studio have also created an enormous range of scratch card games, 32 in total, many of which have been hailed as some of the best currently available. Their most popular, titled Scratch Platinum, has gained a firm fan base, with many praising the intuitive design and engaging visuals.

This new partnership paints a bright future for Hacksaw Gaming, who are now confidently making massive steps into the online casino world. The company recently announced that they have managed to secure a license with the UK Gambling Commission, which certainly opens up many doors for future expansion.

The license, which was awarded in October of last year, was emphasised by the studio COO Marcus Codes as proof that he was serious about carving out a piece of a highly competitive online casino industry. He elaborated on the new partnership, explaining that it was exactly what was needed to push the company forward into the new decade.

Johan Olsen at ComeOn! expressed similar sentiments, praising the new partnership as a strong start to a new era. He drew attention to the varied content created by the developers, calling it the exact sort of diversity that was needed to draw in new operators.