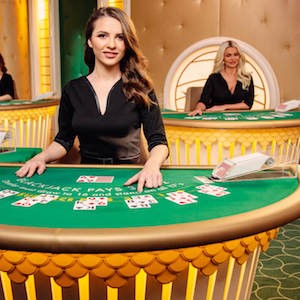 As the popularity of live casino gaming continues to grow, so do the options available to players. Most recently, Pragmatic Play announced the launch of three new live dealer games.

The respected provider unveiled a new edition of Roulette as well as two variations of Baccarat, the card game that attracts low and high rollers around the world.

The launch follows last month’s release of language-specific offerings. The provider’s German, Italian, and Russian live Roulette tables went live at online casinos that it powers as well as at those powered by providers with whom it has content supply deals.

Pragmatic Play’s live casino operations manager, Lana Bleichyk said that the provider not only wants to increase its offerings in the genre, it also wants to offer players greater innovation. She added that the new Roulette Macao and the two live Baccarat games were part of that vision.

Bleichyk added that she was particularly hopeful that the new Baccarat titles would be well-received by players. It is the most popular card game in Asia, and it has enjoyed something of a revival among players in other countries.

Roulette Macao, the provider’s new live casino Roulette title, aims to offer players a vivid, immersive gaming experience. The setting evokes the atmosphere of luxurious gaming venues around the world, and it is broadcast to players’ computers and mobile devices with the help of 4K camera technology.

According to Bleichyk, the new Baccarat games bring together traditional casino gaming and modern gaming on mobile. Both new editions follow the rules and gameplay with which millions of players are already familiar. Among the innovative elements is the ability to see the total amount in the pot, as well as how many players placed Player, Banker, and Tie bets. They also include several new side bets as well as statistical trends.

Both the new regular and Speed Baccarat offerings start in regular mode, which includes the commission for banker bet wins. However, if players can change that by selecting the Super 6 option, which does not include commission. The option is a bet that the player wins if the Banker hand beats the Player hand by 6 points. If this happens, the Super 6 bet will pay out 15:1.

The Speed Baccarat offering also features traditional gameplay. However, the betting stage of each round is limited to 12 seconds. The cards are then dealt face-up so that game rounds are only 27 seconds long.