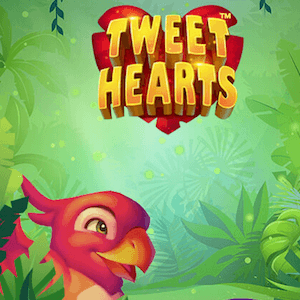 Highly acclaimed gaming studio Microgaming have been signing deals with independent developers in recent months. The contracted developers have been added to an ever expanding network, all of which work with mega-corporation to put out quality casino game content.

One of the most interesting companies to have joined the network is Just For The Win, who although are new to the scene were, noted for their impressive previous work. Now, with Microgaming backing them, Just For The Win have released a new slot. The slots game is called Tweethearts, and is being praised not just for the quality of the artwork, but also for the unique angles on game mechanics.

A Theme of Couples

Tweethearts is a 5 reel, 17 payline slot. On a visual level the game is immediately striking. The theme is tropical birds, and it is clear that much effort has gone into making the featured characters as brightly coloured and appealing as possible. Furthermore, the depicted birds are all in love, being pictured single, but also with a designated mate. Ingeniously, this theme of couples ties in directly with the gameplay.

The core mechanic of the game is the Double Lucky Line. This is the centre reel, which counts any symbol that lands on it as two symbols. So a double symbol can match with just one other symbol to grant payouts. What’s more is that this feature is always active, and therefore integral to the nature of the slot on every level.

Wild symbols are, of course, also present, acting as expected. But the Random Wild feature makes even the basics of the game interesting. Random Wilds activates on an RNG basis unexpectedly, adding between 2 and 6 Wilds. This means that massive payouts are available with no extra effort needed from the player.

The jackpot feature is the free spins mechanic, which triggers when 5 or more Scatters land on the reels. 10 free spins are standard, but for each additional Scatter an extra spin is granted, up to a maximum of 25.

Tweethearts is now available at Microgaming partnered operator sites. It is already seeing massive popularity, with players enchanted by theme, and drawn in by the innovative and engaging mechanics. The achievement is certainly proof positive that Just For The Wins are a top developer, and are sure to enjoy many more years partnered with one of the biggest names in the industry.