India Yet To Rule On Status Of Online Games 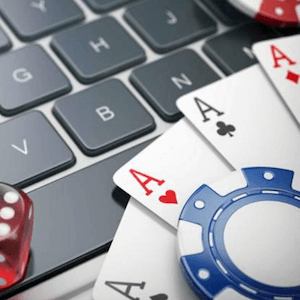 As it turns out, India will have to wait a little longer to enter the online gambling landscape. Delhi’s High Court has now ruled that a final decision on the matter be pushed back all the way to November, despite many having continuously pushed for what is considered to be necessary social change. The court appears to be hesitant to tackle both sides of the argument head-on due to various arguments have been brought before the judicial bench re the issue of chance vs. skill. Games of chance continue to be considered by many to be detrimental to society, despite the major support voiced by activists crying out for liberal and democratic change.

Social activist Avinash Mehrotra has been the figure driving the wheels of judicial reconsideration, but has despite various valiant efforts, failed to convince the court that a decision either way is now imminent. Mehrotra approached the court on the strength of what is known in India as Public Interest Litigation, which is in effect a legal motion brought before the country’s justice system in order to bring about major social chance. Mehrotra is of the opinion that games of chance will do more ill than good in an already wonky and ailing social society.

The Delhi High Court, led and overseen by the Chief Justice DN Patel and supported by Justice C. Hari Shankar, appears to be of the conviction that it does not have jurisdiction to rule any which way and has referred the Public Interest Litigation application to India’s central government for adjudication.

India’s Solicitor General, who acts in the capacity of legally representing the state and country, has responded to the court’s ruling by saying that as gambling is considered a state matter, it is in his opinion necessary and just to ad the National Capital Territory of Delhi as a respondent in the matter. In other words, the mentioned national body is to have insight and a say in the matter too, and not only the court.

Mehrotra Has It All Wrong

Avinash Mehrotra, being the main applicant in the initial litigation motion, is now encumbered by court to respond to the initial ruling of further governmental involvement being due and necessary. Mehrotra argues that most online games rely exclusively on chance and he erroneously includes Poker and sports betting into this category. Success in both is proven to be dependent almost exclusively on skill.