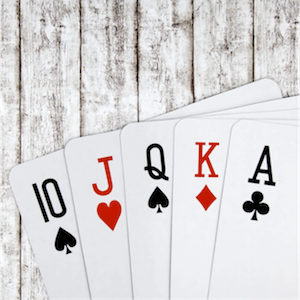 The international online gambling industry rotates in many different directions at any given time throughout the year. As major world leaders like Sweden and also countries like Puerto Rico, a region fairly new to the regulated gambling and betting game, prepare to formally pass the necessary legislation to either commence regulated betting or expand in terms of quality offerings by allowing foreign operators into the local game, others yet, are moving in the exact opposite direction.

Others like India’s Andhra Pradesh State; a region obviously not yet wise to the many pitfalls associated with an outright ban on any gambling related activity. The state’s local government structure has announced that it is currently in the process of banning online Rummy in the state.

Online Rummy Is A Scourge

According to the state’s Minister of Tourism, Culture and Youth Advancement, namely Avanthi Srinivas, he and many others involved in local government, are of the opinion that online Rummy is currently having a particularly negative impact on the state of mental health of the nation’s youth. In fact, said Srinivas during a recent public announcement, he believes that the game is corrupting the nation’s young people.

Another top official present at the conference at the time of the announcement having been made by Minister Srinivas, namely Chief Minister YSJ Reddy, immediately raised the question of what exactly was being done about the problem. The question was addressed directly to the province’s Director General (DG) of Police. The reply received did not exactly put anyone’s mind to rest as the reply from DG Gautam Sawang came swift and resolute: nothing was being done, as there were no laws in place banning the playing of online Rummy.

Reddy Has Much To Learn

The DG’s response was more than enough of a confirmation and fire-staring flint for Chief Minister Reddy. He immediately declared a province-wide ban on online Rummy and instructed the state’s police force to commence with whatever had to be done to rid the province of what he describes as a “scourge” intent on destroying the nation’s youth.

But Minister Reddy’s in-the-moment insistence may not exactly yield the results that the minister is obviously hoping for. The ban will have to first be officially passed by amendments to the country and province’s legislation. And even when this does come to pass, which it in all likelihood will, worldwide trends clearly show that people will continue to play; only now, they will be supporting black-market operators instead of property regulated online service providers.

The state will no doubt be taught some important lessons in human behaviour before too much time has passed.