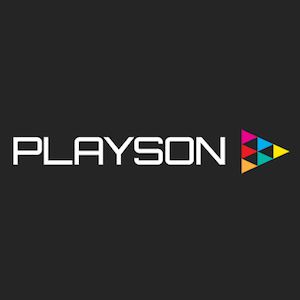 Renowned casino software developer Playson has entered into an agreement with Royal Panda Online Casino, which will see the game creators providing their catalogue of titles to the site.

Under the terms of the new partnership, Royal Panda will be able to access a range of releases by Playson. The list includes smash-hits like Clover Riches, Solar Queen, Vikings Fortune: Hold and Win, and the Timeless Fruit Slots series. This deal has come to be after a series of very strategic moves by Playson as they stay on track regarding their long-term strategy aimed at global growth.

Blanka Homor, the Sales Manager for Playson, commented on the new agreement, saying that her company is always striving to expand the reach of their games and that they are confident that their new understanding with Royal Panda will allow them to do that. She added that this is the latest step in the brand’s strengthening thanks to Playson working alongside the world’s top operators. She said that it is also evidence of their goal to become one of the leading suppliers in Europe.

Royal Panda’s Managing Director Melvin Ritsema said that the content developer’s reputation precedes it and that he had no doubt that their game catalogue will enhance his casino’s current offering. He said that he is confident that players will enjoy the titles and that they will be eagerly anticipating new releases becoming available in the future.

Playson’s global footprint is getting bigger every year, and they are particularly popular in Europe. The company has offices all over that continent, with studios in Belarus, Russia and Ukraine operating alongside their headquarters in Malta.

The organisation employs a highly skilled staff of more than 250 people who work at ensuring that players not only get a first-rate gameplay experience delivered to them, but one that remains with them long after they have finished the title, cashed out their winnings, and moved on. The firm has appeared at the last two editions of ICE, the most important trade show in the online casino industry, unveiling a range of games that have gone on to become household names at the operators who provide them.

Although they only got started in 2012, they’ve made good use of the time since then and now enjoy business relationships with the likes of 1X2 Gaming, Bet Construct, Leander Gaming, and Quickfire.